The Palmer Society was founded as the first women’s society of Whittier College in 1921 and remains one of its oldest continuing society traditions. Originally a literary society, the group reorganized in 1928 and became a social society for women. This organization is named in honor of Alice Freeman Palmer (1855-1902), a prominent role model and a leader in women’s education.

Throughout its history, The Palmer Society has been devoted to promoting the ideals of womanhood as exemplified by Alice Freeman Palmer. The Society achieves this goal by striving for excellence in the areas of scholarship and service as well as through the friendship and loyalty shared by its members. The group’s values and ideals provide a solid foundation for a sisterhood that grows and meets the needs of its members since our founding.

The Palmer Society is well represented in diverse campus activities at Whittier College in addition to being Palmers. While Palmer Society activities are primarily social in nature, there is a concerted effort to contribute to the community through hosted service events and through individual participation; academics are also encouraged. Many of its members recall fond memories of participating in Whittier College’s annual Spring Sing event, hosting the annual rush event for recruiting new members, and building the group’s float for the now-defunct annual homecoming parade.

“Her charming manners, noble character, amiable temper, scholarly power, find their full opportunity and inspire such friendships as are seldom made afterward.”

-Alice Freeman Palmer “Why Should Girls Go To College” -circa 1898 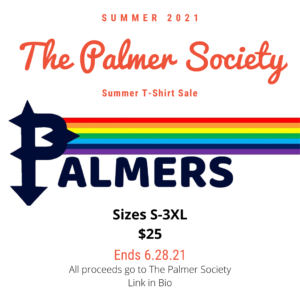